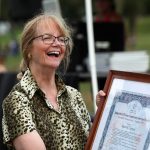 Groton Utilities has announced that it is accepting nominations for the fifteenth annual Jacqueline B. Nixon Community Service Award.   The purpose of the award is to honor a member of the community who has contributed his or her time, energy and resources to make the community a better place in which to live and work.

Persons eligible for the award must live in Greater Groton, which encompasses the City, the Town, and any of the subdivisions or fire districts.  The person should exemplify all the qualities suggested by Groton Utilities’ slogan of “Giving back to the community.”

Groton Utilities will present the award to the winner of the fifthteenth annual Jacqueline B. Nixon Community Service Award during City of Groton Day 2018 on August 3 at Washington Park.

Groton Utilities named the award, The Jacqueline B. Nixon Community Service Award, to commemorate Mrs. Nixon’s service to her community. Jackie, as she was known to most, operated a food pantry in her residence for 24 years.  She distributed food on a regular basis to many needy families.  Jackie passed away July 6, 2004 after a brief battle with cancer.

Like Jackie, the nominee’s contributions to the community should make other citizens describe the nominee as generous, committed, and other similar admirable qualities, which exemplify “service.”

The closing date for nominations is Friday, June 29, 2018.  Applications may be obtained at the Groton Utilities Customer Care Center at the City of Groton Municipal Building at 295 Meridian Street or by clicking the link below.

In addition, you can call our Customer Care Center at 860-446-4000 and request that an application be mailed to you.

Join us for a magical, musical summer when Concerts in the Park begins its 2018 concert season with the band Azalea Drive on Friday, June 15 at 6:30 p.m. 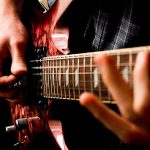 All concerts are held at Washington Park on Fridays and begin at 6:30 p.m.

The concerts offer families a fun, inexpensive evening.  The concert site has sufficient room on the basketball court for dancing. Food is available on site – Groton baseball leagues will operate the concession stand. Groton Utilities and the City of Groton Parks and Recreation Department co-sponsor and co-produce the concerts.

For concert information or cancellation notices, call 860-446-4129, the concert hotline.