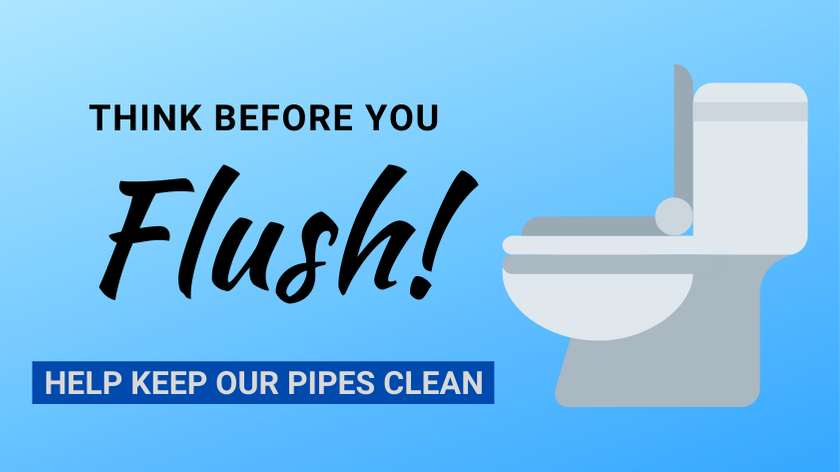 Groton Utilities sewage system is experiencing an increase in non-flushable items going through its system. Items such as wipes, rags, socks, paper towels, cotton balls and feminine hygiene products should never be flushed. They are trash and should be disposed of as such. Clogged sewer lines can cause sewage to back up into streets and into your home. Sewage system equipment can also be damaged, causing downtime and additional labor. Please be kind to your fellow residents who share your sewage system and only flush toilet paper and human waste. 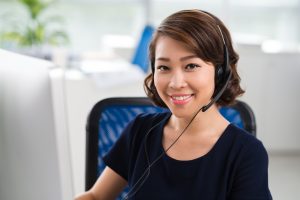 Here at Groton Utilities we recognize that the COVID-19 Outbreak has changed everyone’s lives. As a publicly owned utility we have always endeavored to be an active, caring member of the community – and these times make being so even more important.

To help ease some of the financial burden and concerns of our customers during this crisis Groton Utilities has done the following:

Visit the Groton Utilities website at www.grotonutilities.com for more information regarding our rates, payment plans and many other topics. You can also keep up with GU news, outage information and energy saving tips by following us on Facebook, Instagram or Twitter. 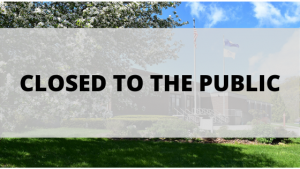 City of Groton Mayor Keith Hedrick has issued a Declaration of Local Civil Preparedness Emergency this evening in response to the COVID-19 Pandemic. In addition, the Mayor announced that the City of Groton Municipal Building will be closed to the public indefinitely beginning at the end of business on Tuesday, March 17, 2020. The Groton Utilities Customer Service Center will also not be accessible to the public with the building closing to the public. City Government and Groton Utilities will be fully functional, however, and all employees are expected to report to work as usual.

While the building is closed residents and customers may still call city and utility departments for assistance. Groton Utilities customers can pay their utility bills either online through the company website, grotonutilities.com, or on the phone with a customer service representative at 860-446-4000.

All other transactions and queries can be handled by phone with a customer service representative as well.

Earlier in the day it was announced that all City of Groton public meetings will be closed to the public indefinitely. The meetings will be televised live on Groton Municipal Television Channel 2 and online through their website. This was done in response to State of Connecticut Executive Order 7B, which suspended in-person open meeting requirements due to the COVID-19 outbreak.

The City of Groton and Groton Utilities appreciates the patience and understanding of all its residents and customers during this crisis. If you have any questions whatever please do not hesitate to contact us.

It’s hard to believe that the winter – and the City of Groton Cabaret Concert series – is almost over. It feels like both hardly even began. But the good news is we have one more indoor show this season before we blast into our summer Concerts in the Park series beginning in June. We are very excited to bring back a local favorite – Whiskey, Wine and Coke – to play of us this Sunday, March 8th in the City of Groton Auditorium beginning at 3:00 p.m. 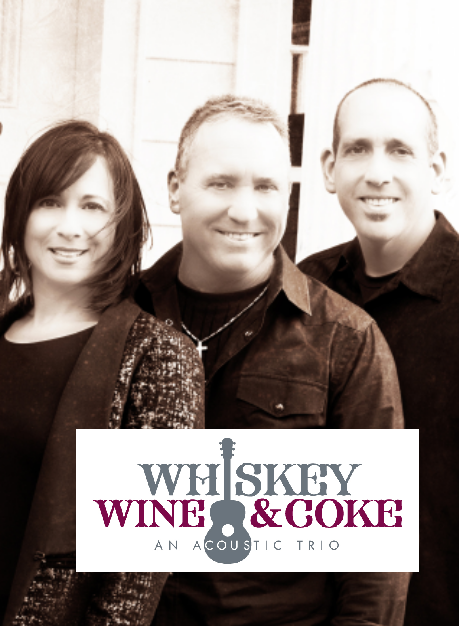 Whiskey, Wine and Coke is the acoustic trio version of the popular local band Coyote River Band. Renee, Dave and Dean love to break out their acoustic guitars to bring music from the 60s, 70s, 80s and 90s to crowds throughout the state. Whiskey, Wine and Coke covers music by The Beatles, Carly Simon, Hall & Oates, Etta James and much more – including country music. So if you enjoy the intimacy of an acoustic trio, join us for a musical trip down memory lane. The City Cabaret concert series is co-sponsored and co-produced by Groton Utilities and the City of Groton Parks and Recreation Department.

The full schedule of concerts is as follows:

Whiskey Wine and Coke are a musical trio with a male and female lead singer and acoustic guitarist. The band skillfully covers songs from the 60’s, 70’s, 80’s and 90’s and modern country. Through the intimacy of a trio, they engage their audience to experience musical nostalgia while dancing and singing along to timeless favorites! 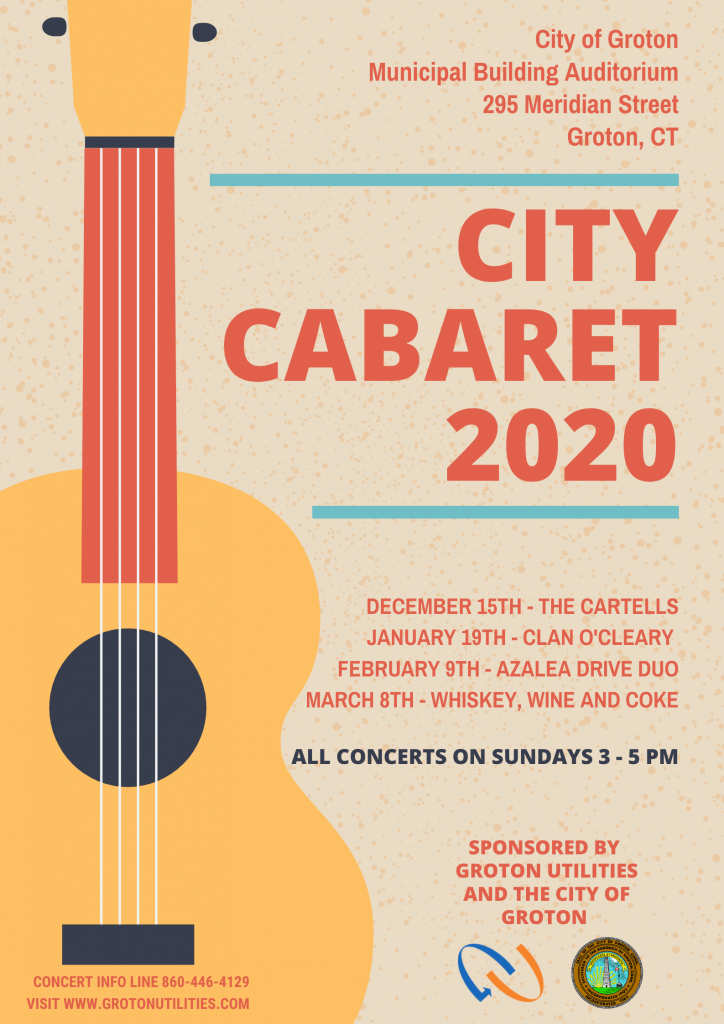