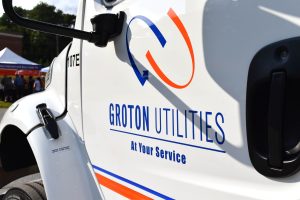 At Groton Utilities we value safety. That’s a good company policy, but not all that uncommon. Where we may differentiate ourselves is that we value the safety and well-being of everyone – from co-workers to family to the people in our community. Groton Utilities is a publicly owned utility and it is very important to us that we can be a valuable and contributing member of this community. That being said, I’m not sure even our best laid plans would have led us to believe we’d be out in the community lending medical assistance the amount that we have.

Early this year 102 utility employees attended first aid training and became certified in CPR/First Aid/AED. Additionally, 111 employees attended the nationally recognized “Stop the Bleed” training, which teaches students how to handle a variety of bleeding scenarios. For most, these classes were a “good to know” situation, where students tucked away useful tips and life-saving procedures into the back of their minds, perhaps never to use them in real life situations. However, for a surprisingly plentiful group of employees, this knowledge was put into action in short order.

Soon after the training Matthew Lyon and Matthew Cook, both employed in the Electric Division of Groton Utilities, assisted an elderly man who had fallen on a sidewalk due to icy conditions. The two were driving across town returning to the Groton Utilities Operations Complex when they saw the man on the ground. They pulled their company vehicle over, helped the man up and walked him back to his house – making sure he was ok before they left. While no medical assistance was required, it was their heads up awareness and their willingness to jump right in and help that served the elderly man well. 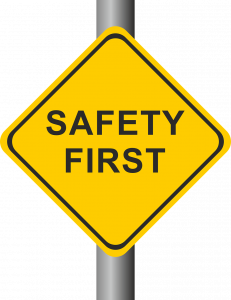 The Water Division’s Kevin Ziolkovski works as an EMT when not at GU, so we can’t fully give credit to the company’s safety training classes for his actions – but that doesn’t take anything away from his decisive actions. In early spring Kevin was driving to his worksite in Groton when he saw a woman lying on the ground on the side of the road. When he stopped to provide aid he noticed that the woman had a significant head injury and had bitten through a section of her tongue as well. Kevin provided the necessary care while also calling 911 and attended to the patient until an ambulance arrived. There’s no telling what could have happened if Kevin hadn’t noticed the situation and acted decisively.

Later in the spring Dawn Brown, a laboratory technician in the Water Division, was driving back to the lab from the City Municipal Building when she noticed a man having a seizure on the sidewalk near the REM Boot Company on Route 12. Dawn pulled her vehicle over to assist another person who was already trying to help, but realized soon after that the good Samaritan was panicking and not sufficiently helping the convulsing man. She recalled her recently learned CPR and First Aid training and instructed the man to call 911 right off. At that point she noticed that the man was frothing at the mouth and, again using her training, rolled him on his side so that he would avoid choking, while at the same time holding his head to help him from banging it against the sidewalk, as he was still convulsing. She then stayed with the man until professional medical assistance arrived.

And in yet another scenario where just being a concerned citizen paid off, Tim Pray and Tate Bailey of the Electric Division were driving on Poquonnock Road when they saw an individual who initially looked like they were exercising. Something didn’t look quite right to them so they decided to pull over to make sure everything was ok. It turns out the person was in medical distress and Tim and Tate called 911 and stayed until medical help arrived.

The combination of employee first aid training and high-quality individuals and their decisive actions led to several Groton residents or visitors receiving first aid earlier than they may have – if they would have received any at all. No one will ever know what would have happened if Groton Utilities employees hadn’t been eager enough and knowledgeable enough to lend a helping hand.

Groton Utilities places a high value on having all of its employee trained in the basics of first-aid. Its CPR class is a comprehensive six-hour class that each employee must attend annually. The class is taught by Jim Healey, GU’s Safety Coordinator contracted from A/Z Corporation. Additionally Former City of Groton Fire Chief Nick Delia taught the “Stop the Bleed” course that many employees have commented as finding particularly enlightening. The “Stop the Bleed” program is a national awareness campaign and call-to-action enacted in October 2015 by the U.S. Department of Homeland Security. It is intended to cultivate grassroots efforts that encourage bystanders to become trained, equipped, and empowered to help in a bleeding emergency before professional help arrives.

*Correction – Previously it had been erroneously reported Jim Healey taught the “Stop the Bleed” course.