Come join the Greater Groton Community for the Annual Groton Holiday Lights Parade on Saturday, December 2, at 5 p.m.  This is a special event, sponsored by the Groton Business Association (GBA) of the Greater Mystic Chamber of Commerce. The line of march is along U. S. Route 1 in downtown Groton from South Road to Drozdyk Drive. Plenty of free parking is available for parade attendees. 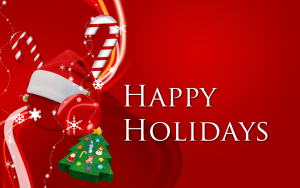 Immediately after the parade, Santa Claus will have the honor of lighting the holiday tree on the green at the rear of the Groton Shopping Plaza.   Parents, you are invited to take your child’s photograph with Santa

This post-parade celebration is sponsored by the Groton Rotary Club.  Dunkin Donuts of Groton is donating the refreshments.

The GBA would like to recognize the companies who have committed to be a sponsor for this year’s event.  They are: Groton Utilities and the Groton Parks   and Recreation Department, Capstone Sponsors;  Stonington Odd Fellows Lodge #26, a Keystone Sponsor; and Groton Shopping Plaza, a Sandstone Sponsor; and Chelsea Groton Bank, Darrell Fox, Centurion Wealth Management; Grover Insurance, Thames Valley Communications and the Light House, Fieldstone Sponsors.