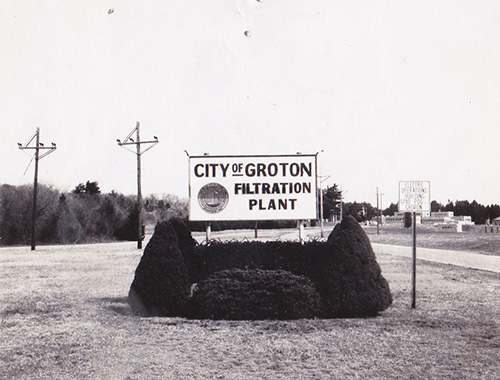 Our roots are firmly planted in local history – we were, after all, created by the people of the Borough (City) of Groton – and we feel the local community is a very important part of what we do.  Here’s a look back on our history.

Life in the late 1800s in Groton and around the country was vastly different from the life we know today, but many of the seeds of today’s luxuries were planted then.  In 1879 Thomas Edison created the first reliable, long-lasting source of electric light which was practical for home use.  It would be several decades before homes – and streets – in the Borough of Groton would be wired to take advantage of electric light.

In the 1890s the municipal use of water was growing more important and many larger cities had public water supply systems.  However, almost none had sanitary facilities, which is so crucial to public health.  Fire Departments in Groton consisted of a “bucket brigade” and maybe a hand pumper, but no volume of water could be accessed quickly in the case of major fires.

To address these issues a group of “Groton Bank” residents invested $100,000 to form The Groton Water Company and then The Groton Electric Lighting Company in the very early 1900s.  They purchased parcels of land around town, including the Poquonnock Bridge area.  They built a small dam on the Poquonnock Reservoir – which was tested to be as “pure as spring water” – where they installed a water main and pumping station.

1904 and the Borough of Groton: As the area began to grow, some public-spirited citizens (including Charles E. White, Charles Marquardt, E.A. Card, Authur Card, Walter Denison, Belton Copp, and Thomas Avery) decided these utilities should belong to the people of Groton.  Consequentially they successfully petitioned the legislature of the State of Connecticut for the establishment of a municipality, “The Borough of Groton.”  On May 26, 1904, a charter and by-laws were adopted by the citizens of the area and the Borough became an official entity. 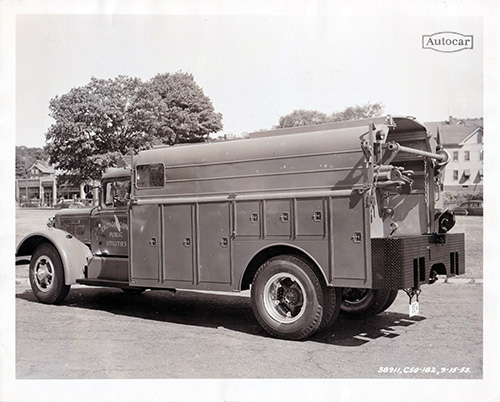 The Borough now was able to bond properties and enact taxation, which provided funds for the purchase of The Groton Water Company and The Groton Electric Lighting Company.  Immediately, the Borough issued its first 20-year bonds to raise $150,000 to purchase the existing facilities for water supply and electric distribution.  With tax support a few fire hydrants were installed for the volunteer fire fighters.  Within a few years a street lighting circuit was established and a few homes were wired for electricity.

Moving Forward: In June 1904, the company laid its first service pipes and mains along Poquonnock Road to the roundhouse at Midway.  In 1905 the Legislature granted the Borough of Groton the right to establish a sewage system, and in 1912 a sewer use ordinance was adopted.  In 1931 a sewer collection system was begun on a gravity flow basis on the river slope of Groton Bank.

This would all change in the 1940s with the growth of the United States Submarine Base, Electric Boat’s vast expansion, and the establishment of Chas. Pfizer and Company, Inc.

These were years of great change and challenge for Groton Utilities, the Borough of Groton, and the nation.  Through it all, GU maintained its focus of providing reliable power and water service with the highest standards in customer service.

Through these early years, the Borough of Groton remained primarily a residential community, and so GU focused mostly on this part of it business.  A few major business accounts included the Navy and the New London Ship and Engine Company.  During this time the demand for water did not exceed 1 million gallons per day, and the demand for electrical services did not exceed 1,600 kilowatts annually.

In September 1938 GU – and all of Southern New England – faced the worst hurricane in the history of the state.  The hurricane (which went basically unpredicted) caused winds of up to 150 miles per hour, along with floods, fire and tidal waves.  Nearly 700 people were killed throughout the region, 275 million trees were knocked down, and 20,000 miles of electric power and telephone lines were downed.  GU’s crews worked tirelessly, day and night, to restore power to its customers and to maintain its water quality.  It was a great test for GU – and showed how the company worked together to overcome this dire emergency.

The years following the hurricane brought many changes and much growth to GU – and the area.  In 1939 the company built the “Unit 1” water filter plant with a 2 million-gallon daily capacity; and added a half-million-gallon clear well.  This helped the company meet the rapidly growing demand from the U.S. Naval Submarine Base during World War II.  This increased water capacity also helped draw the Chas. Pfizer and Company, Inc. manufacturing plant to the area in 1942.  To meet further demand, GU built its “Unit II” water filters in 1948, allowing for a 4 million-gallon daily capacity. 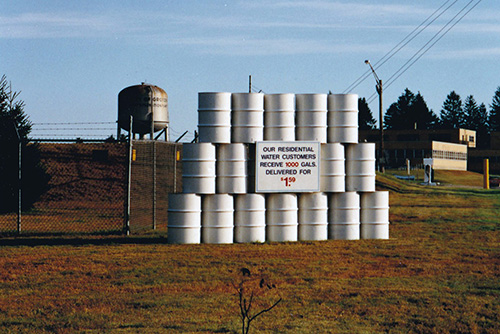 During this time GU began to provide electric service to the U.S. Coast Guard Station in Groton, which was located at the former Morgan F. Plant property on Avery Point.  Additionally, in 1951 the company began service to the Electric Boat Corporation, builder of the U.S.S. Nautilus, the world’s first nuclear-powered submarine (launched in 1954).  GU also finalized electric service contract negotiations for the U.S. Naval Submarine Base in 1953.  Interestingly, it wasn’t until 1964 that GU signed its first water contract with the Sub Base.

As part of its agreement to increase daily water supply to Pfizer, GU dammed Great Brook to create Ledyard Reservoir in 1954.  This increased capacity to 6,000,000 gallons of water per day to meet their manufacturing needs – and still service other residential and business customers.

Further improvements were made in the 1960s when GU increased the Unit II water filters to 6 million-gallon daily capacity, and then the company built the Buddington Substation to receive all electricity delivered to GU.  These updates made operations smoother, more controllable, and more reliable for the company.

In 1964, the Borough of Groton changed its name to the City of Groton and a new era began for the region and the company.