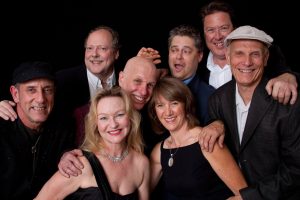 The sounds of the band Rock and Soul Revue will be featured this week at Concerts in the Park 2018 on Friday, June 22, 2018 at 6:30 p.m. at Washington Park in the City of Groton. All concerts are free.

You’re gonna want to start dancing when the Rock and Soul Revue strikes up the band with Motown, rock, pop and a touch of calypso.

The remaining concerts are:

Groton Utilities and the City of Groton Parks and Recreation Department co-sponsor and co-produce the concert series.

For concert information or cancellation notices, call 860-446-4129, the concert hotline. Food is available on site.  Groton baseball leagues will operate the concession stand.